The size of the fight

Our animal friends teach us many valuable lessons, but the trait I admire most in our little Schipperke, Pasha, is his fearless zest for life.  He apparently has never encountered a situation in which caution trumps curiosity.

He finds humans and other dogs equally worthy of attention, but large dogs seem to hate him, though he never barks or threatens any animal or person when he is out walking.  People who know a lot about dogs have told me larger dogs are likely provoked because he does not submit by looking away first as a little dog should.  Instead he makes extended eye contact that many dogs (especially big dominant types) do not appreciate.  Almost always, a big dog will end up growling and then lunging, needing to be restrained by his owner whenever Pasha approaches.  I’ve learned to cross the street when I see a big dog in our path.  It frightens me to see a large animal obviously upset at us, but Pasha never seems to care.

When we took him to our neighborhood Easter treat hunt for dogs in 2011, he was clearly happy to be there among other canines and one enormous creature the like of which he had never seen.  He wasn’t fazed; he posed happily for his photos with the huge Easter Bunny before pouncing on the treats given out.  I’ve heard a lot about how frightened some highly strung dogs can get when confronted with such costumed characters, who are there for the benefit of the humans seeking photo ops, not because the dogs like them.  But Pasha showed no such fear, obviously assuming that something good was about to turn up.

He will be 16 years old next month and his body is wearing out rapidly.  According to the vet, Pasha’s heart condition and lymphoma are indications that he won’t last too much longer.  However, his spirit remains full of the lively joie de vivre that has brought laughter to our days and happiness to our home.  He’s setting a pretty good example for his human family, one I hope we will have with us for as long as possible. 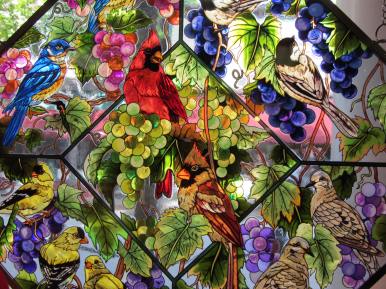