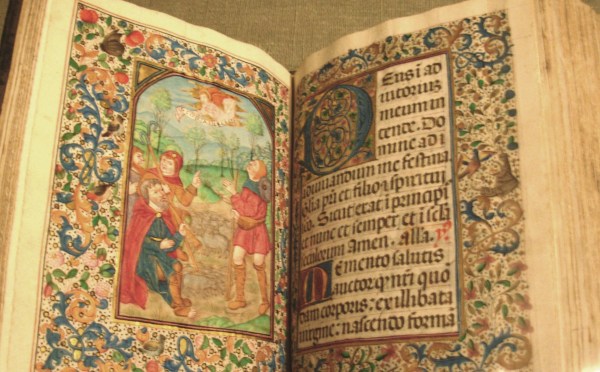 A medieval illuminated manuscript at the Philadelphia Museum of Art, July 2007

“If you look at an illuminated manuscript, even today, it just blows your mind.  For them, without all the clutter and inputs that we have, it must have been even more extraordinary.”  — Geraldine Brooks

I started reading aloud to our sons when they were babies, and kept it up nightly until they were in middle school.  Over the years I marveled at the multitude of gorgeous picture books that were available in full, vibrant colors.  When I was a child, picture books were fewer in number, and many of them had only two or three colors.  In fact, some of the Caldecott Medal winners such as Make Way for Ducklings were muted in appearance compared to the bright hues that decorated even the least expensive picture books our sons enjoyed.  I wondered if they had any idea how lucky they were, having hundreds of visually appealing titles available at any public library or bookstore.

Of course, our children could say something similar about the greater benefits available to young readers today, who have animated eBooks with motion, sound, and interactive features available at the click of a key.  For all the talk about reading being an endangered pastime, the various formats of literary offerings seem to become ever more plentiful, accessible and diverse. Imagine, then, how a medieval reader (or nonreader, as the vast majority were) would react to the literary wealth of our era.

But even centuries ago, there were picture books.  Before the printing press ushered in a renaissance that was as far-reaching as our digital revolution of today, books had to be copied by hand.  Countless monks and scribes literally gave their entire lives (and sometimes their eyesight) carefully duplicating texts that had slim chances of surviving the ravages of uncontrolled climate, hungry insects and pillaging or censoring conquerors.  It’s a bit amazing that any of these treasures survived.

Some did, though, and among the most amazing are the illuminated manuscripts, with elaborate border decorations and richly detailed illustrations.  The intricate patterns and calligraphy tell an unwritten story that goes beyond the diligently copied text, reminding us that books have been vital to humanity for as long as history has been recorded.  The countless hours spent preparing, recording and preserving the written word testify to the respect, even reverence, that books have always commanded from those who appreciate them.

It’s fun to wonder whether much of the deluge of writing now available online will live through as many centuries as the handwritten texts have survived.  Does the ease of writing (and deleting), the abundance of lovely photos and artwork so easily viewed on any computer, and the common expectation of widespread literacy, cause us to devalue one of the greatest blessings people have ever been granted?  Are we treating words and illustrations carelessly, flinging them about with the contempt that often accompanies any easily available, seemingly boundless resource?

Perhaps some of us are, at least now and then. But I’d like to think that a great many of us — particularly those who are reading and writing words right now, rather than passively taking in television re-runs — comprehend the surpassing importance and responsibility attached to literacy.  There’s a popular bumper sticker that says, “If you can read this, thank a teacher.”  Perhaps there should be one that says, “If you can read this, BE a teacher — and a learner!”

Whatever you are doing today, you’ll be in contact with written words more often than you’re even aware of them.  I hope you’ll take a moment to be thankful for this gift of literacy, which binds us to people centuries removed from us. They’ve left us richly illustrated reminders that words can be, and often are, extraordinarily beautiful.

For a look at picture books of bygone days, see Elephant’s Picture Book, a fun and interesting blog! 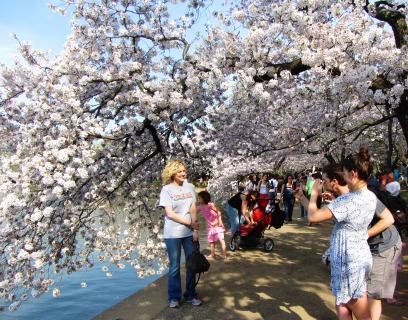 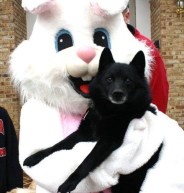 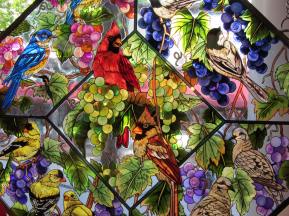 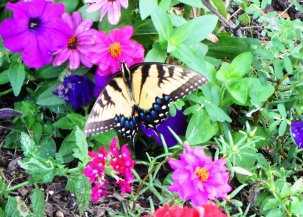 This tiger swallowtail fluttered by in time to pose for today’s quote, August 2013
Join 1,985 other subscribers