So many stupid remarks 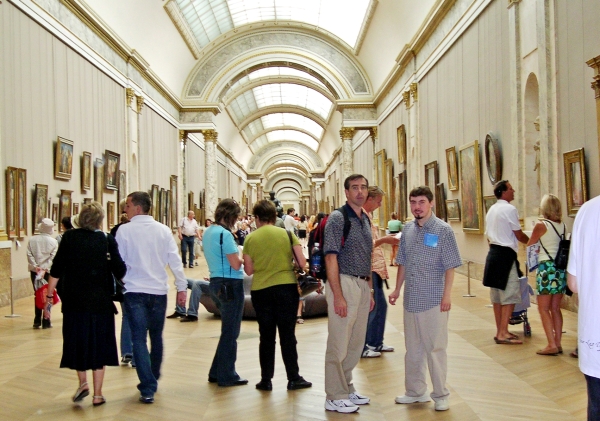 As usual, Jeff and Matt heard more than they said. At the Louvre, Paris, September 2005

“Surely nothing has to listen to so many stupid remarks as a painting in a museum.”
— Edmond & Jules de Goncourt

When I read this quote, I laughed.  Then I wanted to talk back to it.  “Oh yeah? Try being a parent at an IEP meeting.”  But I realize that’s a fairly esoteric thing to say.  So I thought of other examples.  What about:

Admittedly, the Goncourt brothers came up with an interesting angle here, but let’s have fun with it.  We all have to put up with stupid remarks occasionally, and sometimes we make them ourselves.  Who (or what) do you suppose draws the most stupid comments?  What are some classics you’ve heard (or said)?  Sometimes, the best way to defeat despair is to shrug your shoulders, shake your head and laugh!