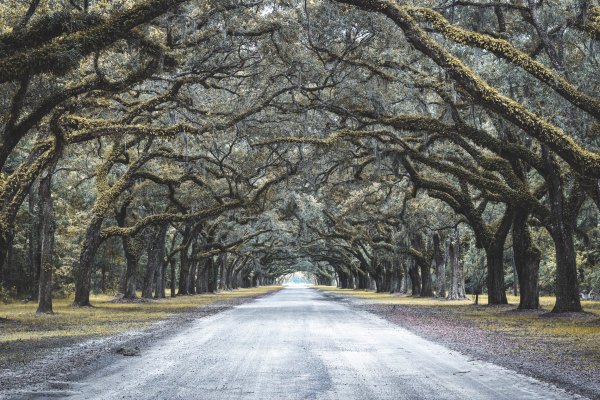 Photo by Darrell Cassell via Unsplash

“It has become cliché to talk about faith as a journey, and yet the metaphor holds. Scripture doesn’t speak of people who found God. Scripture speaks of people who walked with God. This is a keep-moving, one-foot-in-front-of-the-other, who-knows-what’s-next deal, and you never exactly arrive.” — Rachel Held Evans

The metaphor does hold, on so many levels. I could talk about how the bends in the road may be hiding something wonderful, or something awful, but mostly they just reveal more road that looks quite ordinary to us, until we are somewhere different.

But when I read this quote tonight, I had a much more comical and mundane image in my mind– equally clichéd– that of a little kid asking again and again, “Are we there yet?” Usually that phrase goes with an image of kids in the back seat of a car, but imagine how much more often they might be asking that question if it were a really, really long walk.

It might be a hot day, or there might be a rainstorm, or even both. As the hours stretch on, they might have to sit down in the road awhile from sheer fatigue, and maybe even cry a little before getting up again. The parent keeps reminding the child of the dry, safe, climate-controlled rest at the end of the journey, the refreshing drinks and delicious food, but somehow all that can seem so far off as to be not quite real.

Evans was far too young when she wrote this quote to know what one feels like, say, sixty years into the journey, after protracted sorrow and too many heart-rending goodbyes. I’m guessing (though I could be wrong) that her energy level was such that the “keep-moving” uncertainty sounded a bit less daunting; that maybe she had no idea how long it can feel when we “never exactly arrive” for decades on end.

I’m sure, though, that she remembers what Hebrews 11 tells us, listing example after example of real people who walked this road before us:  “All these people were still living by faith when they died. They did not receive the things promised; they only saw them and welcomed them from a distance, admitting that they were foreigners and strangers on earth…the world was not worthy of them.”

If life is a long series of letting go of one idea, thing or person after another, perhaps the last thing we loosen our grip on is this notion that someday we will arrive; that we will find (or make) a perfect world.  Not on this earth, we won’t. But that same passage reminds us that these people were hoping for a better place, and God has prepared one for them — and us. I really believe that. So as long as I can, I ‘ll keep walking.