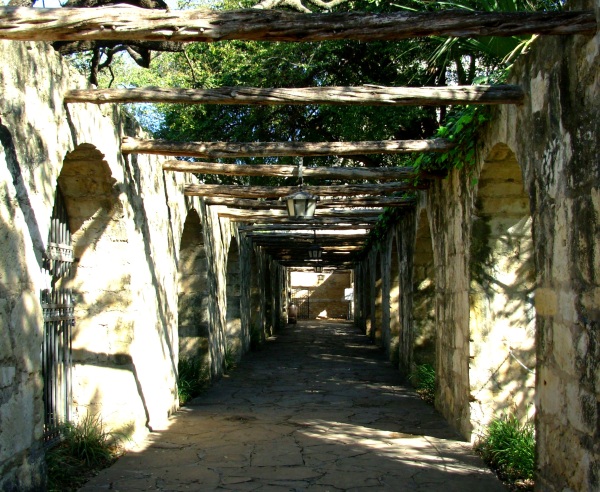 A walkway at the Alamo in San Antonio, Texas, January 2008

“The hour is ripe, and yonder lies the way.” — Virgil

In most ways I’m a cautious person.  I tend to fall into what a friend once described as “paralysis by analysis,” so fearful of making a mistake that I think and re-think decisions far too long.  This blog, however, was an exception that could best be described as an impulsive action.

The Saturday morning in November after we first learned that Jeff’s liver tumors were “probably metastatic cancer,” I lay in bed brooding over the many dismal situations facing people I knew personally.  Some faced life-threatening illness; others had lost their jobs and gone months without finding employment; still others were grieving the loss of a loved one, and many were terribly worried over the outcome of the recent elections.

I realized every difficult situation I knew about firsthand was matched thousands or even millions of times over, all around the world.  It was as if there was a whirlpool of despair threatening to pull large numbers of people under, drowning us in sorrow.

I knew next to nothing about blogging, had never used WordPress, and had often dismissed the idea of creating my own blog because there are so many out there already, publishing far more impressive content than I would be able to produce. I had never been able to come up with a theme that seemed to fill a gap in the blogosphere.  But I also knew that I must find something to do that would distract me from the worry that would consume me if I allowed it to take over.

I had read of research indicating that looking at photographs was a highly therapeutic defense against depression.  And I have always taken solace in reading the reassuring, inspiring or insightful words of others.  I have a huge archive of photos I’ve been taking by the thousands for many years.  I decided to publish a blog featuring one of my photos and a quote for each day, and share it online with whomever might find it interesting.

At breakfast I told Jeff I was going to create blog called “Defeat Despair.” Having listened to thousands of my ideas over the years, he merely smiled and encouraged me to try it, knowing full well how often my ideas evaporate into the busyness that makes up most of life.  He and Matt went to the gym to exercise, as is their custom on Saturdays, and then out shopping for an hour or two.  By the time they returned, I had written and scheduled three blog entries, learning WordPress as I went along.

Today is my 135th daily post, and I have enjoyed this journey more than I could have imagined.  I feel so grateful to all of you reading these words: those whose wonderful blogs and photos give me inspiration and examples; those whose generous comments and caring thoughts and prayers have made each day easier to bear; those whose friendship I have treasured for years, and the new friends from all over the world whom I have never met face-to-face.  I am thankful my Saturday morning impulse was not lost to the careful hesitation that has held me back so many times in the past.

If you have a goal or project you are putting off, something you know you should do but can’t find the initiative to take that first step, I hope you will be able to summon the confidence, energy and wisdom to head in the right direction.  In the words of a heroic Tennessean who died at the Texas mission pictured above, “Be sure you are right. Then go ahead.” May your path be illuminated by eternal truths and made beautiful by the fellowship of kindred spirits who will walk beside you through whatever comes. 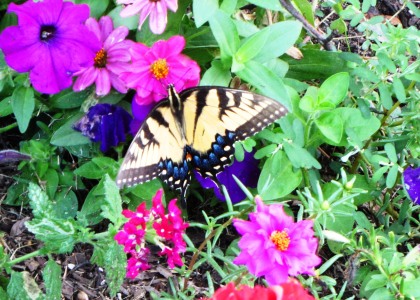 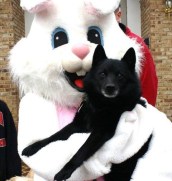 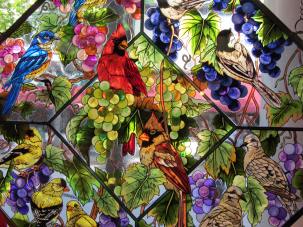 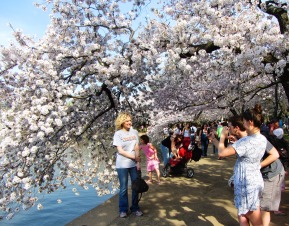