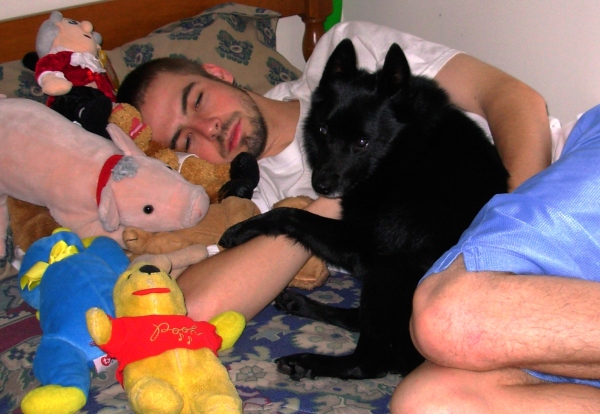 Drew naps on Matt’s bed with Pasha and other cuddly critters, December 2006

“No day is so bad that it can’t be made better with a nap.” — Carrie Snow

It always amazed me how Jeff would never, ever want to nap.  While he was taking his first course of chemotherapy this past winter, he took more naps in a few weeks than he had taken in the rest of his adult life put together.  But I love napping.  Before our children were born, snoozing for an hour or two (or even three) on Sunday afternoons was one of my favorite pastimes.

I rarely ever have time for a nap anymore, but the older I get, the more I think I might take up the practice again.  I’ve read several studies that indicate napping is good for us, as long as we don’t overdo it.  And I certainly find the idea appealing.  Apparently, if I do decide to start indulging in the occasional nap, I’ll be in good company. The internet is full of articles about famous, accomplished people who took regular naps.*

Napping on Monday might be especially appealing, but any day you are having a bad day, maybe a nap would help.  Do you ever indulge in a quick afternoon doze?  If so, do you awaken feeling refreshed, or groggy?  Any words of wisdom about catching winks?  Share your siesta secrets with us!
_______________
*one really interesting bit of information provided by Jackie Kennedy in the recently released tapes of her interviews with Schlesinger was that JFK would always change into his pajamas for a nap, even if he would only be sleeping for 45 minutes.  I find that very endearing.  Makes me wonder if he had a teddy bear. 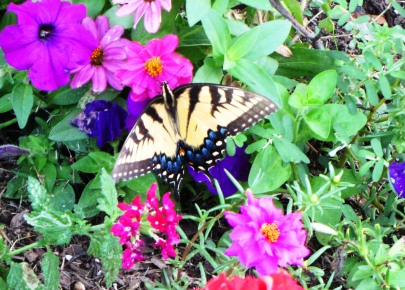