This photo was taken exactly one week before everything changed.
Jeff and Drew were on their way to watch the Nats play the Marlins, 9-9-12.

Just the other day, Jeff sent me this quote because he knew I would like it; I knew, too, that he liked it.  What he did not know was that it would involve yet another instance of my featuring his photo on this blog, something he always complains about.  I try to keep it to a minimum, out of respect for his privacy, but sometimes I cannot help myself.

I can’t think of any other person whose photo more fits this quote.  It’s interesting because I’ve often accused Jeff of being a negative thinker, a pessimist who rains on my fantasy parades, whose blunt commentary cuts through the gauzy mists of my daydreams.

It has taken the past two and a half years for me to realize that what I think of as pessimism has another side.  No determination is stronger than that borne of grim realism coupled with firm resolve to overcome nearly impossible obstacles.

Note that the quote does not mention “a positive attitude,” but rather, “the right mental attitude.”  Sometimes, there is little that is positive about a situation other than our ability to choose how we respond to it.

For all of his taciturn skepticism, Jeff’s response to the disease that has ravaged his body has been astoundingly, almost unbelievably strong.  That he continues to work full time, not just on his job but also at home, defies all logic, given the medical trauma of the past 30 months, the harsh facts of his condition, and his acute awareness that the suffering likely will continue.

Despite every evidence to the contrary, his continuing strength makes it almost impossible for me to believe that he is not going to beat this and live for many more years.  But whatever happens, he has given me the invaluable gift of sustaining, for over two years, a more normal life than I would have thought possible when the nightmare first began.

Early in the diagnostic process, when we were delivered news that seemed to get progressively worse, one blow after another, we had returned from an all-day session at Walter Reed that included a very discouraging meeting with the oncology staff.  That night, while Jeff was out to pick up some takeout food for dinner, one of the residents called.  He reported that the tumor board had met to discuss Jeff’s case again after we left, and they wanted to do an additional scan; they suspected there might be yet more undetected tumors.

“Would this change the treatment plan?” I asked.  No, I was told, it would not. I asked him why another scan, given that the treatment plan was to go forward regardless of what it said.  Why did we need more bad news?

“Because it might help you to adjust your expectations; we don’t want you to be anticipating that we will do any surgery.”

I knew two things at that point: one, that they certainly had me pegged; and two, that I was so angry I couldn’t contain myself.

“I know something about my husband none of you know,” I was shouting now, but I didn’t care. “He is strong as an ox.  We don’t need our expectations adjusted any more than they already have been.  Go back and tell the tumor board that we aren’t doing any more scans until the treatments have had a chance to work.”

After I hung up, I felt scared to tell Jeff what I had just done.  I thought he would be angry because I had shouted at the doctor and voiced a decision that rightly belonged to him. When Jeff returned and I confessed, he laughed — LAUGHED! — and said he agreed with me.  No more scans until later.  I felt as if a huge weight had been lifted from my shoulders.

If you’ve been following this blog, you know how the past two years have unfolded, and how Jeff has more than proven my assertions about his strength.  Those of you who know him well, also know that his faith has been the foundation of his remarkable stamina.  I am so thankful that the mercies of God are truly new every morning.  I don’t know what the future holds, but I know that Jeff has already won this battle regardless of the final outcome.

His attitude — the right attitude — is an inspiration to me, as I know it has been to many others.  Thanks for letting me pay tribute to him here. 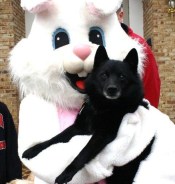 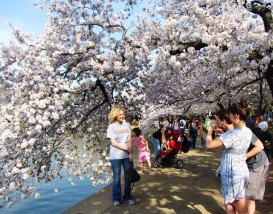